So the other day I was looking back at my life in terms of relationships and I was questioning why, at this age, which is pretty much quarter to 30, I have no children or husband.

I recall having a “solid” plan that age of 25 I would be married with a rug rat or 2. So as I think back to my first boyfriend in my early teens when the birds and the bees were yet to be experienced, he cheated.

I remember asking him why and no solid answer was given, but what exactly was I expecting to hear? What could have possibly justified it at that age? Nothing.

Fast forward to now, I only recall one out of several relationships, where I was not cheated on (unless of course it was hidden quite well) and I question what it is that keeps luring me and keeping me in these kind of relationships. 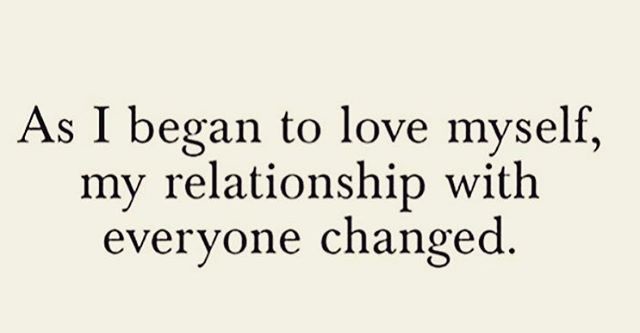 I remember telling a friend that I was cheated on and I wanted out of the relationship, her response was: “So you’re telling me that every time you get cheated on, you’re going to just give up?” Well… how about hell yes? Why should I stay, because the last time I checked, no one trips and falls into cheating.

Cheating is calculated and planned. Just like how you stand in line to buy those killer heels you know will cost you an arm and a leg that you can’t afford, but what do you do? You buy them anyway.

Why are we talking each other into staying in unhealthy relationships? Why are we saying that it is okay to get cheated on? What are we saying to our daughters or the young women who look up to us? Why are we so scared to be alone? And why are we okay with being second best, because in essence, that is what you will become if you stay.

People stay married because they want to, not because the doors are locked – Paul Newman

This brings me to my next point. An ex-boyfriend of mine who knows I had soft spot for him, which was just madness, got married less than 6 months ago. This is the same man who claimed he loves me and was only doing it because his (now) wife gave birth to their son a little over a year ago.

He then one day suggested that I become his second wife. Yes honey, SECOND WIFE. And to be honest, for a moment, I considered it. Ludicrous I know. Why can’t he be mine and mine alone though? Am I being naive for thinking it is possible? “People stay married because they want to, not because the doors are locked” – Paul Newman. If he wanted to be with me, he would be.

Some women don’t mind being the second wife because it is less admin: if he isn’t with me then he is with her, and that’s it. And that is okay because it is their prerogative. But this is a man we are talking about. Who are we kidding? If he can suggest a second wife, what’s stopping him from suggesting a third?

I mean the only reason a man will suggest and get away with such is that we as women behave as though it is okay. It cannot be okay to share a bed with someone else’s man, never mind husband, and we are at an age where we attract married men, so because our peers entertain them, we will continue to endure such proposals.

So I ask, what is it that we do that gives these men, with their wedding bands and all, the impression that we are interested in them. Is it the way we behave, speak or dress? No, it is simply because there is a supply for this crazy, selfish and stupid demand.

A colleague of mine, who is in her 40s and dating a wealthy married man, told me that I’m too stiff for my age and that I should get a married man who will be too busy to “suffocate” me but will be available financially. Stiff? I could not believe it.

We have all at some point seen a married man, with a ring on, with a woman, young or old, with a body language that says they are not just friends. Does this say that people are that fearless to do such in public places even?

When are we as women going to stop agreeing to this side chick nonsense because if you start a relationship being the other woman you’ll never be the only woman?

I have personally decided to break the side-chick-work-your-way-up-to-the-main-chick chain in my life and if it means that I will be manless for the longest of times then so be it. So I will stay single, happy, lonely (at times) and uncool to a society which condones such, thank you very much.